The History of Cohasset Central Cemetery

Overlooking Little Harbor as its terrain slopes to water’s edge, Cohasset Central Cemetery is a place of great beauty and peace. Active for almost three centuries and containing about 500 gravestones in its 4.5 acres, markers of slate, marble, and granite are witness to the passage of time and to changing fortune, belief, custom and style.

The oldest part of the cemetery is located in a small area known as “Old Slates.” It contains the graves of some of Cohasset’s earliest settlers and families. They were farmers and fishermen, ship builders and seafarers – Towers, Pratts, Lincolns, Bates, Beals, Hobarts and many others.

Cohasset Central Cemetery contains excellent examples of 18th c. gravestone art, well represented by the Scituate school of carvers: the First and Second North River Carvers (1700 – 1778) and Jacob Vinal Sr. and Jr. (1715 – 1781). The work of these carvers was the first, purest form of folk art that originated in the American Colonies, giving us a sense of the period and its belief system.

d. 1706. Death’s head by First North River carver. This image remained the First and Second carvers’ symbol for over 50 years. Believed to be the oldest gravestone in the Cemetery.

d. 1770. This gravestone is a classic “skull and crossbones” design, reminiscent of the Puritan view of death. 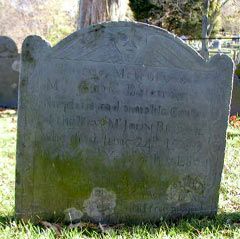 d. 1791. An outspoken supporter of the American Revolution, during which rebel arms were cached under his pulpit in the First Parish Church. 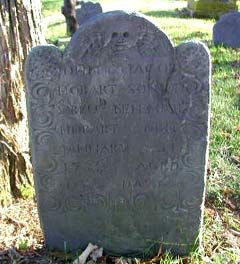 In the mid 18th c., the great religious revival movement called “Great Awakening” offered salvation for all. Human faces, saints and cherubim began to appear on gravestones, reflecting this release of the spirit.

In the 19th c. urns, swags and obelisks carved from marble and granite replaced the simple slate of earlier stones. 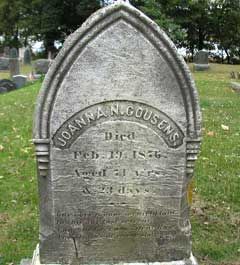 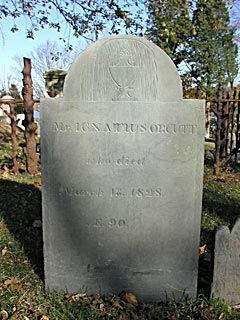 The classic willow tree and urn motif reflects an age that no longer feared the howling wilderness of the Puritans nor Calvanist damnation. 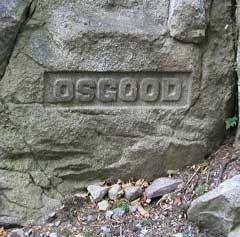 The large boulder at the base of the Tower columbarium marks the gravesite of Rev. Joseph Osgood, who is credited with working to establish the school system in Cohasset. Joseph Osgood School is named in his honor. 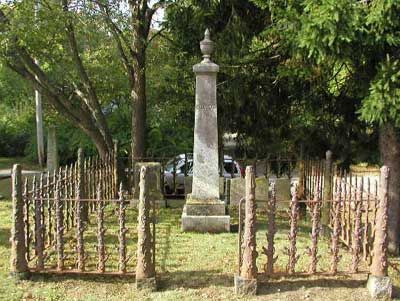 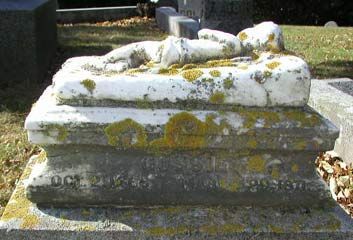 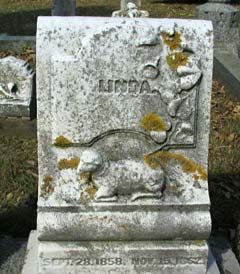 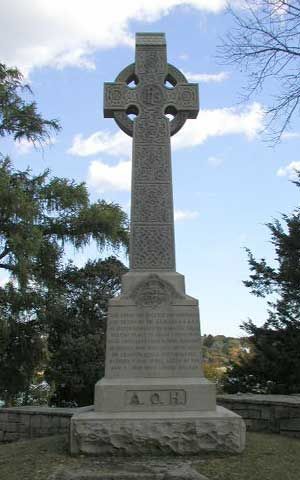 Erected in 1914 by the Ancient Order of Hibernians to memorialize the 99 victims lost aboard the Brig St. John of Galway, wrecked on the Grampus Ledge off Cohasset in a severe storm in 1849. The 45 bodies recovered are buried beneath the Cross. 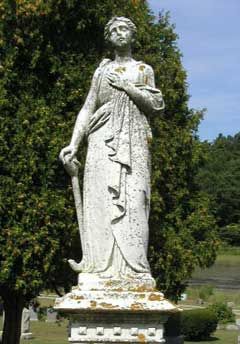 d. 1886. Jenkins was from a seafaring family. Note the anguished female statue with anchor. 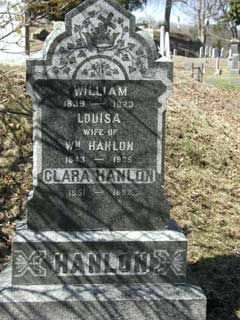 With six brothers, he formed a national touring “pantomime” theater company. Authoritatively described as the founder of American vaudeville theater. 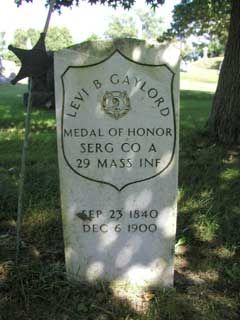 This white marble gravestone marks the grave of Cohasset’s only known Congressional Medal of Honor recipient, Levi B. Gaylord. He received the medal for heroic action on the road to Richmond during the Civil War. 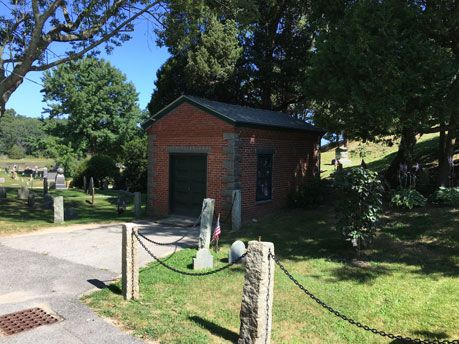 Built as a Receiving Tomb in 1873. Note filigree on roofline. 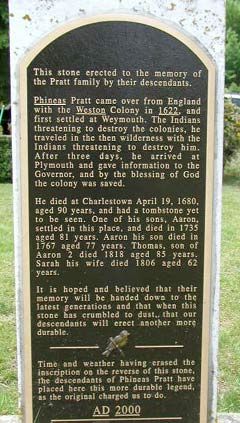 The inscription had become unreadable. Records read “When this stone has crumbled to dust, our descendants will erect another more d urable.” In 2000, a new bronze plaque was attached to the back of the original, giving the chronology of the family’s history in America from Phineas Pratt’s arrival in Weymouth in 1622. 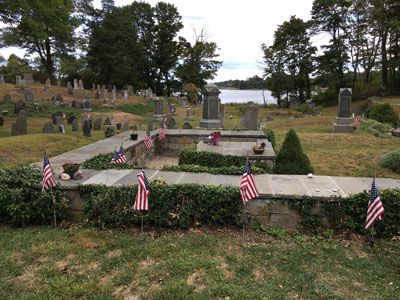 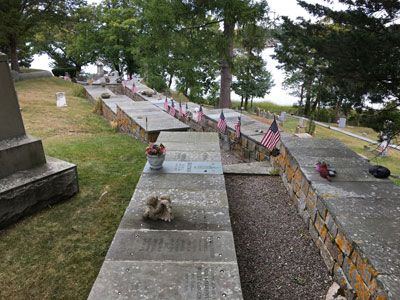 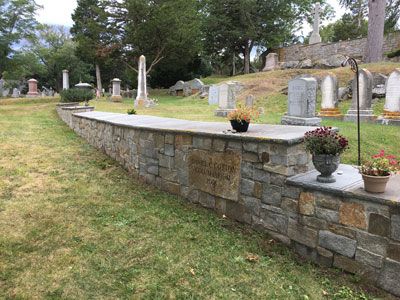 Cohasset citizens who died in military service from the American Revolution through the Vietnam War are honored on Memorial Day each year in a ceremony attended by young and old. Their graves are marked with an American Flag.